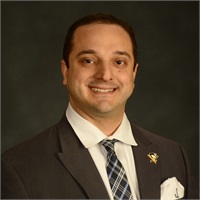 A native of Pittsburgh Pennsylvania, John Kraniou moved to Tallahassee in 2007 in order to accept a Graduate Teaching Fellowship at Florida State University. His academic interests eventually led him to pursue a career in finance, making the transition from academe in the private financial sector in 2014.

Waddell & Reed is not affiliated with any other entities referenced.